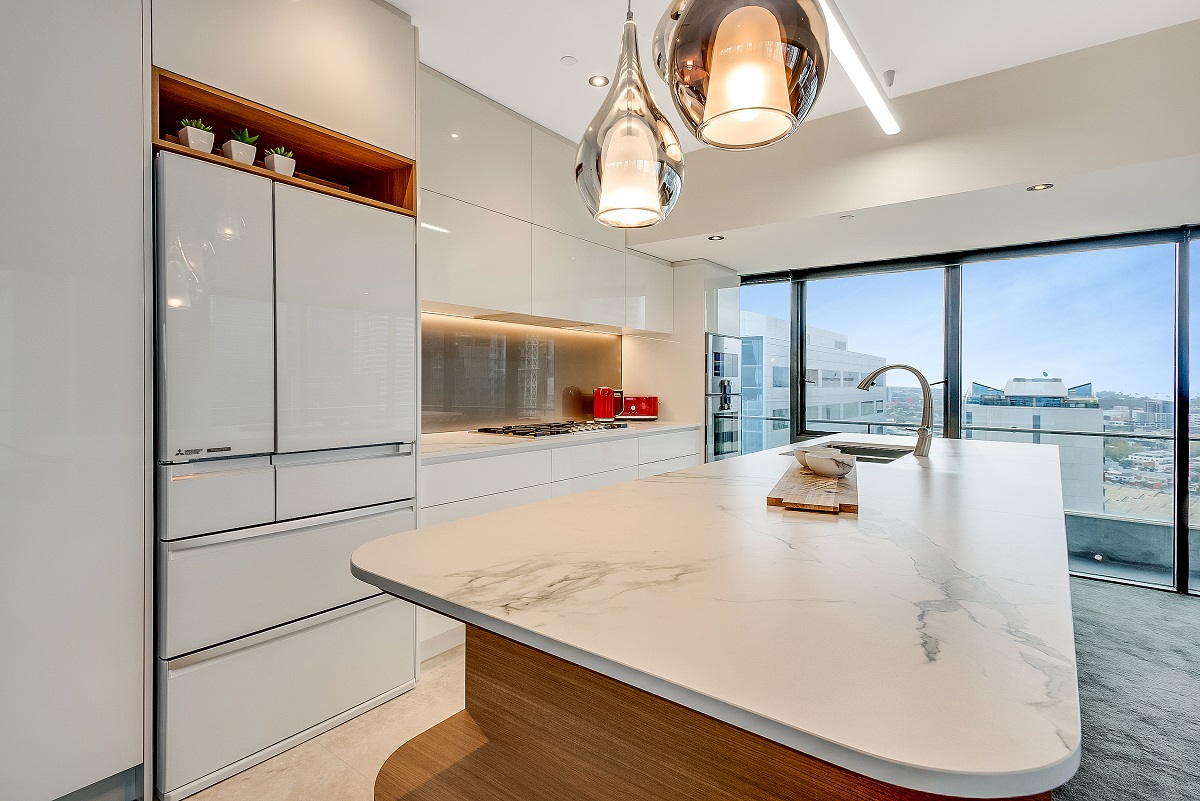 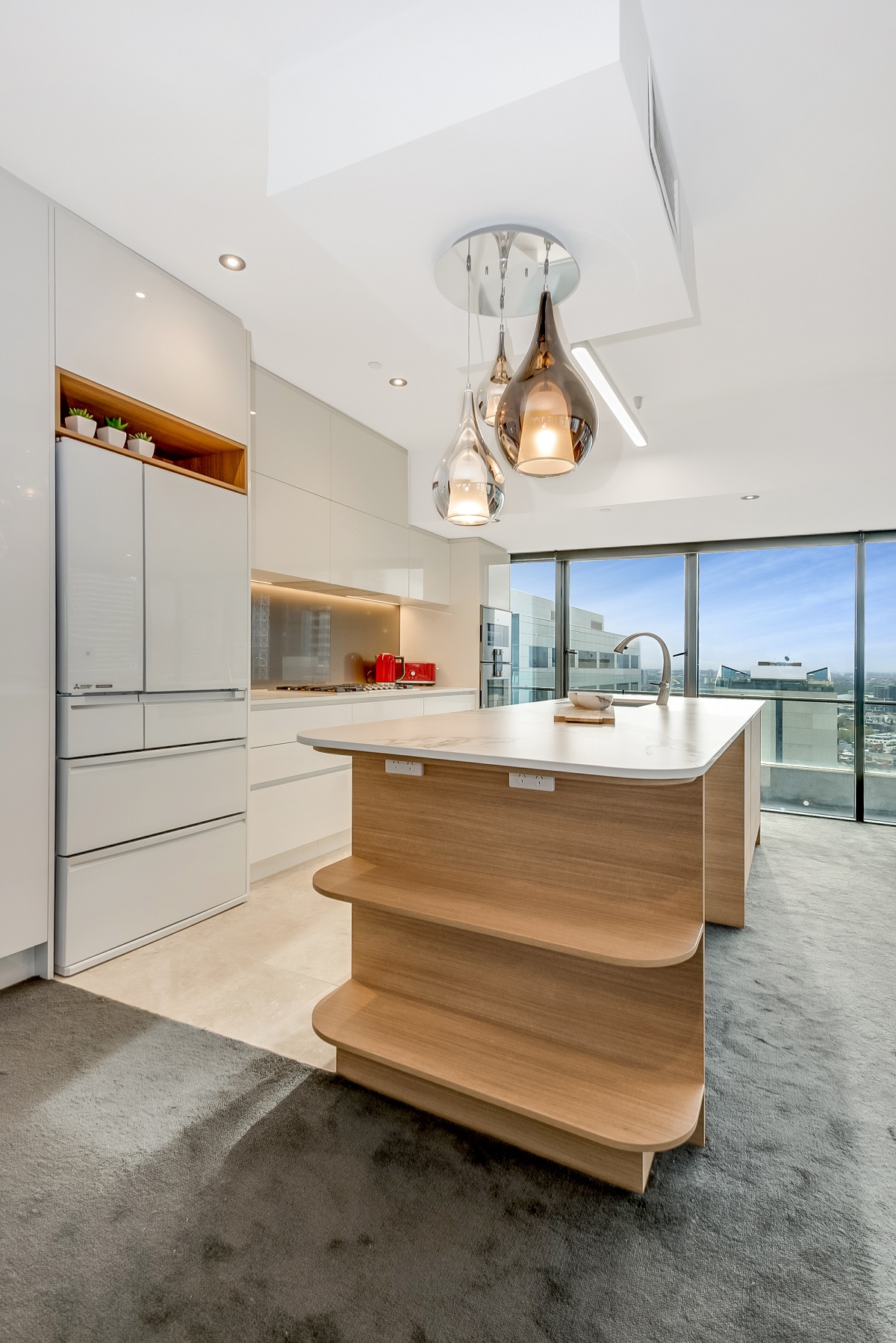 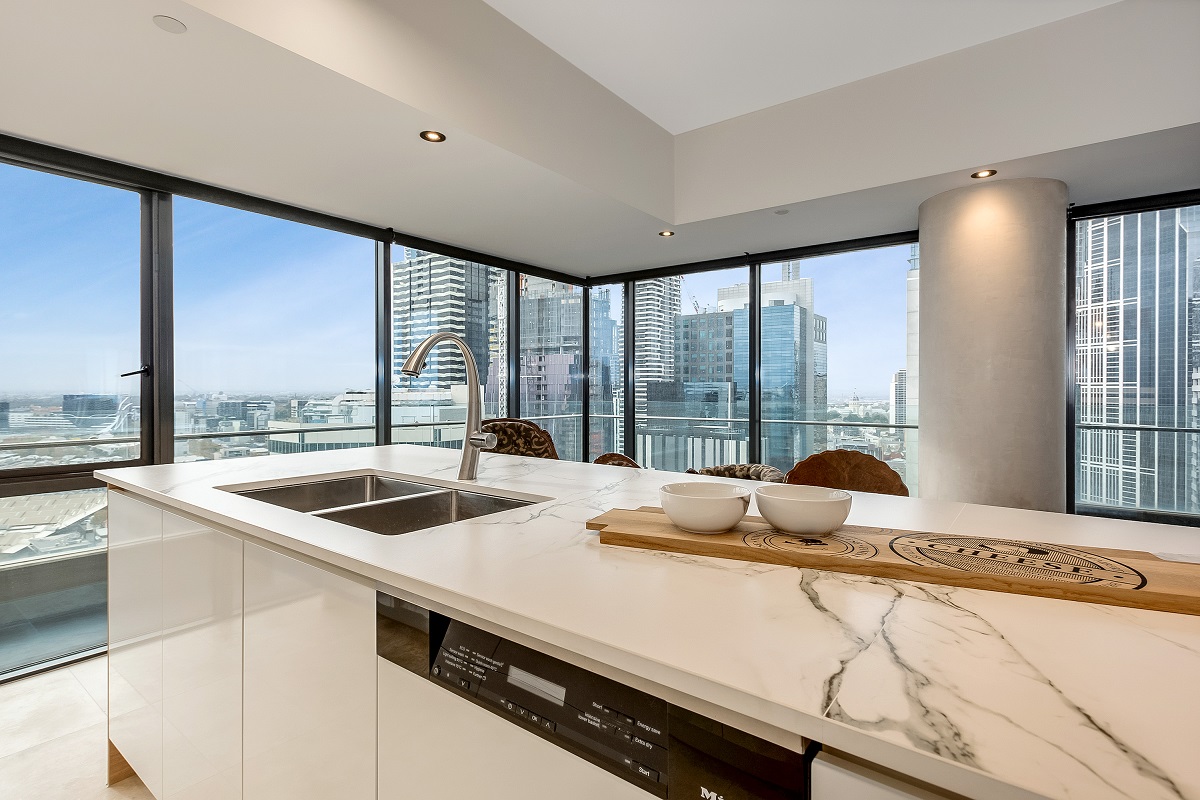 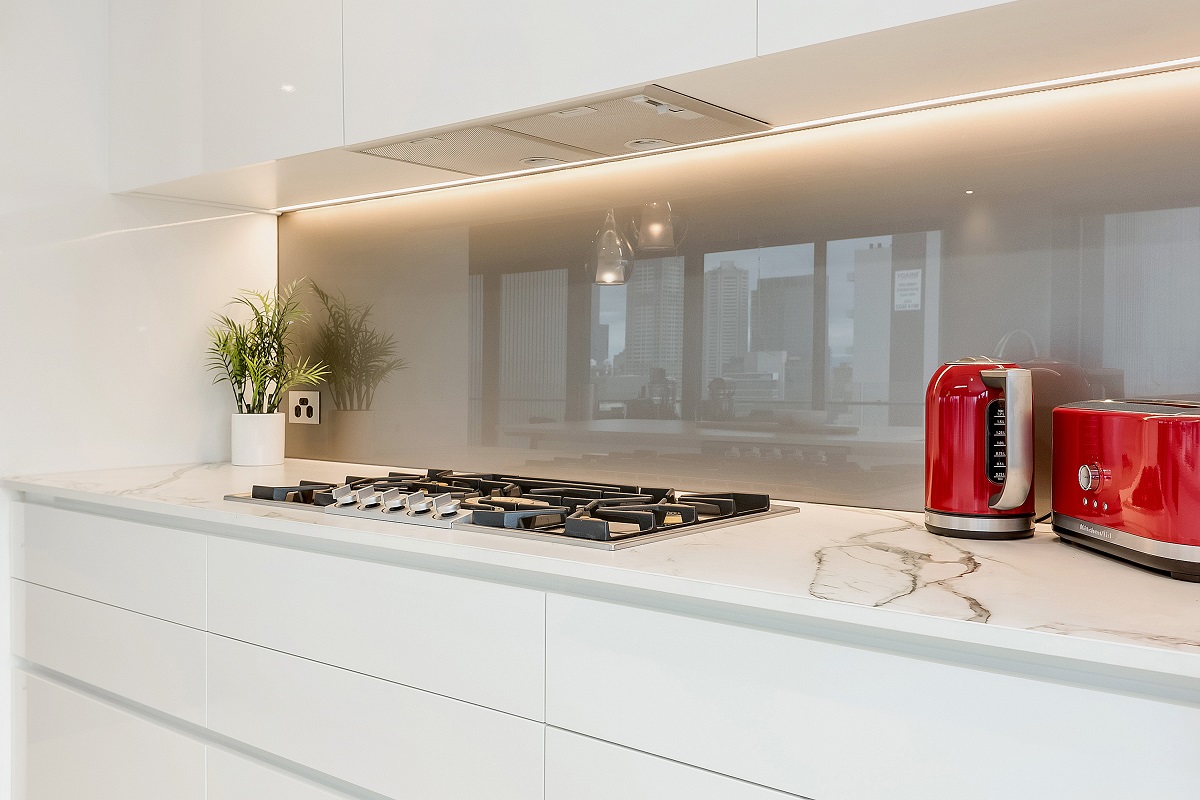 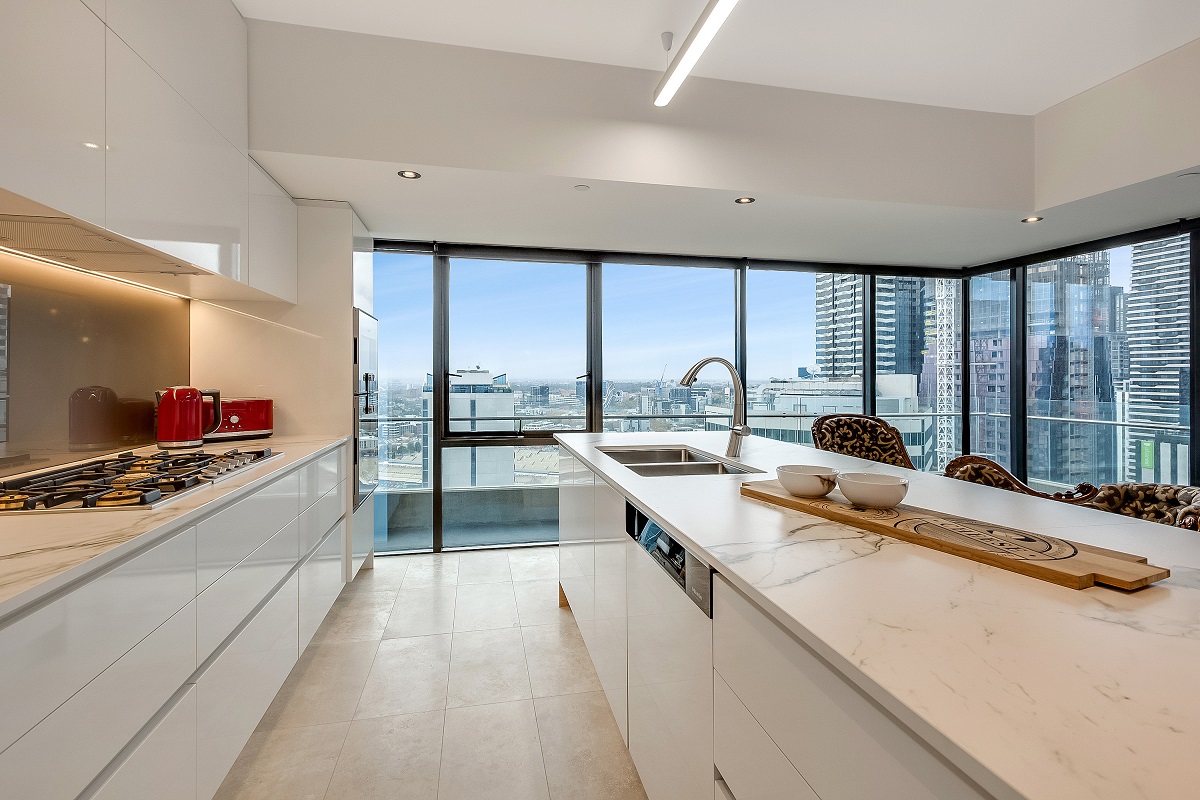 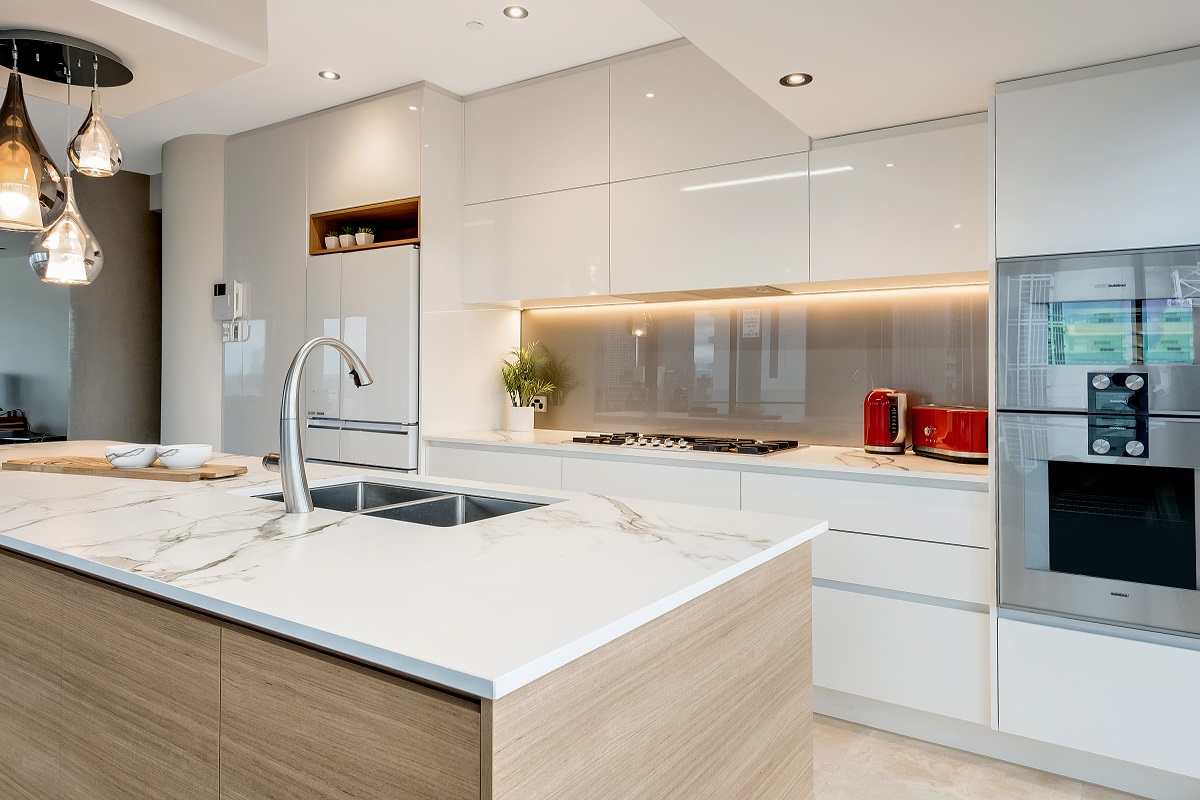 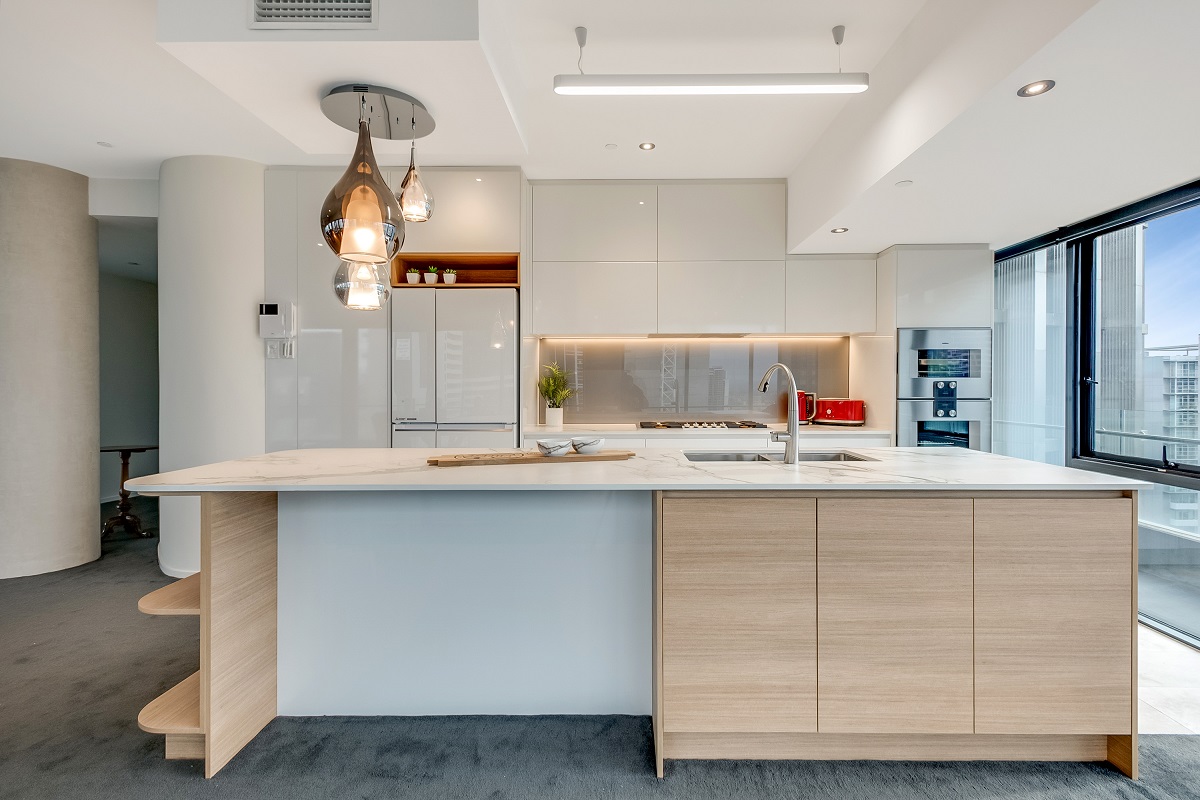 Make Your Kitchen A Place You Love

Here is a perfect example of small kitchen remodelling.

View the case study below with before & after photos to see how our smart design transforms the kitchen space.

Make Your Kitchen A Place You Love

This kitchen is a renovation in an apartment in the city. The clients are semi-retired professionals and this is their 2nd home that they use during the week.  The client is a keen cook but felt like the layout of the old kitchen & the appliances made it difficult to prepare the meals he likes and so they were not using the kitchen much. 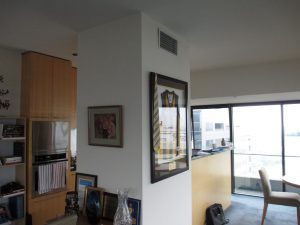 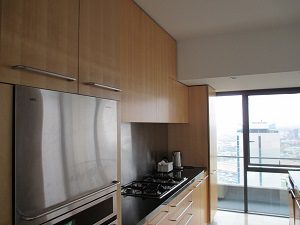 *  There was an existing wall that housed the fridge and air-con vent.

On top of the wish-list, clients require to open the kitchen onto the living area and more bench space. Also, they would like to design to work around large round support columns in apartment and to have some timber to tie into their existing furniture.

The game changer in this kitchen space was to remove the wall housing the fridge but still keep the air-con vent in place as this could not be repositioned. By confirming it was not loading bearing, the wall was designed to be removed and then we did a plaster fix up to box the vent to keep it in place. We strategically hung a stylish pendant light from the vent to incorporate it into the design.

By removing the wall we could then give the client more workable bench space as well as open up the space to the rest of living room which improved the light in the apartment.

The curved edges of the island bench top and lower shelving complement the existing cylindrical pillars. Some timber highlights were added in to tie into some existing furniture they had in the adjoining living area.

To make the storage space more functional, we swapped the position of the pantry which was positioned next to the full-length windows and moved to where the ovens used to be on the opposite side to shelter its contents from the sun, so the pantry items would keep for longer.

When it comes down to details, our designer selected finger-pull rails for the cabinets to provide ease of opening, and installed an open shelf above the fridge that is delightful both in function and aesthetic. Warmer materials interspersed throughout the kitchen beautifully balance the doors, panels and kickboards. 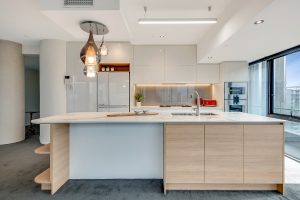 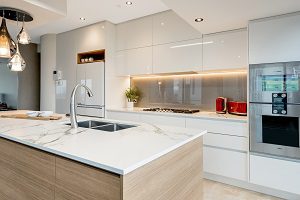 By providing different options, we made the kitchen well suit client’s budget (30k). This stylish kitchen costs around 27k plus GST, including 5 tip-on Blum lift up doors and 20mm Dekton Aura Bench top. Trades costs are not included.

Looking at your home with fresh eyes click here for more

Things to Consider in Renovating a Kitchen click here for more